Customer Login
Get a quote!

Keep Yourself Safe from Everyday Threats

Keep Yourself Safe from Everyday Threats 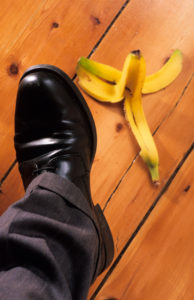 By the time you read this you have been in the Line of Fire multiple times today.

From a waitress spilling hot coffee on you to simply crossing the street, the term Line of Fire encompasses much more than the path of a bullet.

In the Security Industry we all need to be thinking of what “bullets” are on our worksites, and how to avoid their path. Often this is accomplished through a Job Safety Analysis. A JSA is a risk assessment tool used to identify and control potential hazards. For those of us spending a majority of time in an office, being observant of your surroundings is equally as important.

In the two incidents listed below we can all imagine ourselves, a co-worker, or one of your employees faced with these scenarios.

In one event a large pipe fitting dislodges and drops onto the hand of a worker trying to position it. The worker placed his hand under the device, placing it between the device and another pipe. Gravity is a driving factor in the Line of Fire path. Objects do not generally fall up or to the sides unless there is an action pushing them in that direction, which should be considered.

In the second example a retention device on a tense cable loosens and unexpectedly launches the clamp at an employee, injuring him. The impact was so forceful it pushed his face into another pipe leading to multiple facial injuries. Had the employees read the foreman’s Job Safety Analysis plan, they would have known that workers were not to be in that location, but they began work before reviewing his JSA plan.

It is better to lose a minute in life than lose life in a minute, so always remember to slow down and take the proper time to be alert and aware of your surroundings.