Customer Login
Get a quote! 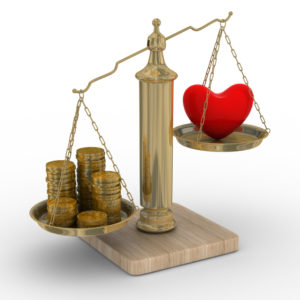 On a recent commute home I listened to a Ted Talk discussing the point that most doctors are affiliated with some sort of drug or device company, which in most cases is also supplying or influencing their salary. Many of these doctors are truly trying to help advance science and medicine which is an honorable mission; but the issue here is not the existence of these partnerships. The issue lies in the fact that patients are unaware of these affiliations, and depending on your treatment a potential conflict of interest may exist. To site one example; a woman was receiving Chemotherapy treatment for Cancer. It later became known that the exact Chemotherapy regimen she was receiving was also developed by an organization that her doctor was affiliated with and received money from. Now we ask ourselves whether or not she would have been given the same exact Chemotherapy regimen from this doctor if he had not been associated with the drug company, or would he have suggested something different?

Conflicts of Interest exist in every industry. To put it simply, it is any situation where judgement or actions could be influenced by a secondary interest. A COI is not inherently negative, but it all depends on how these competing concerns are handled. If a company manufactures parts, it would be a conflict to have members serve on a board responsible for comparing parts manufacturers.

As Security Professionals we are not exempt from these scenarios, and may even hold a deeper moral obligation to handle conflicts of interest appropriately in an effort to keep safe what each of us sets out to protect.  Following the tragic Sandy Hook shootings the National Rifle Association developed a multi-billion dollar proposal to end these incidents by putting an armed officer or guard at every school in the country. The NRA created a task force to implement the plan and Asa Hutchinson was appointed leader. What they failed to mention was the fact that Hutchinson sits on the board of Pinkerton Government Services, a subsidiary of the security contractor Securitas, and had received money for lobbying on their behalf. If the NRA proposal was mandated then Securitas could potentially have won out big, and the conflict of interest here is obvious.

Avoiding or appropriately addressing COIs can be broken down in a few key practices. One vital element is full disclosure. Be honest about any potential conflicts that you see arising. A method to ensure everyone is clear about this standard is to create a Code of Ethics for your organization or board. This helps spell out all members’ responsibility to be transparent, and also outlines the procedures to follow once a conflict is identified. Another option is removing that individual from decisions in which their opinion might be swayed.

Fostering a culture in your organization where communication and honesty are rewarded from the top down is crucial. This will not only help protect you from liability, but will also create an engaged workforce who knows they are being led with integrity.